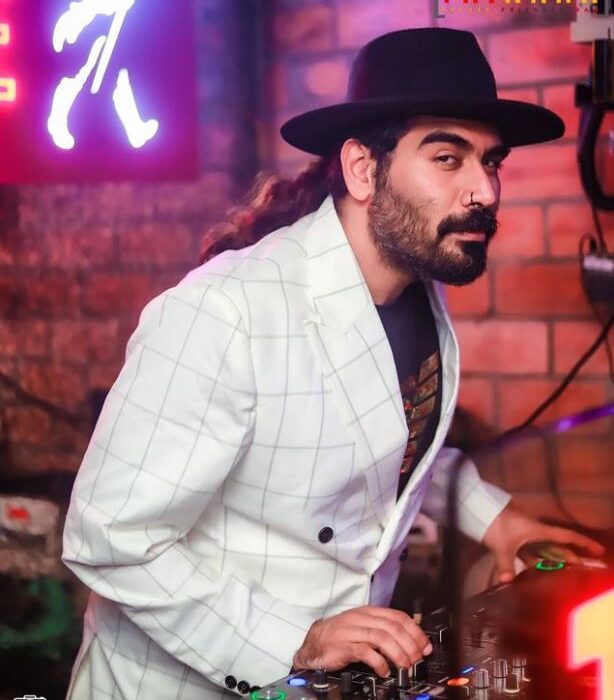 It’s All About Making True Connection. DJ Faith India believes in being same off the stage and on the stage. A completely raw artist that believe in the power of music and the mix of live Dholsters team along which he performs with.

He plays one of the best Punjabi / Bhangra / UK Bhangra music in clubs in India. Played across so many cities around India – he has earned the people’s title as Bhangra King. DJ Faith India is a complete package as an artist – A gentleman that knows his crowd and connects with them through his music and skills with the Mike. Not to forget the after movies which is there for each of his show on social media platforms like Instagram and YouTube?

His aim is spreading faith with music. Living the journey as it unfolds, improving day by day, and having an impact in the DJing profession. His aura is pretty powerful, and it makes a difference in the clubs, in my opinion. It is necessary to observe the same since it cannot be articulated.

DJ Faith India has won the Spin Master’s war of DJ’s competition in 2010 for his diverse taste in music. He is known for his music that encompasses Summer House, Electronic Dance Music (EDM), Progressive & Deep House, Hip Hop, and Bollywood & Punjabi.

His innate dance style, which is full of enthusiasm, is another thing that makes him stand out. Consequently, he becomes a crowd favorite because of his instant connection with people. In the DJ’s circuit, he also has Bollywood mixes that are popular. It’s a fantastic experience to watch him interact with the crowd and energize them.

DJ Faith India believes that music has the power to spread faith and infuse people with a sense of empowerment through its power. By spreading “JOY” through his music, he believes he can convey the most profound feeling of all.

The DJ Faith India is widely known for the Bollywood and Punjabi remixes which have created a rage among the party lovers. The talented guy who started from Delhi gradually built his presence all over India and overseas…

Making unique mixes of his own, DJ Faith India very well knows how to own the place like a boss. He believes that the concept of DJ Faith India is one of its kinds, and it requires talent to keep the audience hooked to the tunes. In India, Bollywood nights have always been a massive hit among the millennial, and there is nobody better than DJ Faith India in making some kickass mixes.

Nevertheless, it’s clear that this is DJ Faith India’s vision, his sound, equal parts a revival and his own arrival. His track has already taken off in the clubs. Getting youth to put their feet on the floor is therefore making a big impact.